Android emulator crashes as soon as it starts

After a complete reinstall of my mac and Xamarin Studio, I was quite surprised to see my Android simulator die on startup. No messages where displayed in the XS "Error" pad or "Deploying to device" pad. Just "Execution failed".

I opened up the AVD manager and started an emulator manually. The result was the same, but at least I had some feedback:

After searching the web, it seems that the Android emulator isn't so happy when docker is running on your machine. Turning off docker when starting an emulator is a workaround. Yes, you really need to "quit" docker. Even when no instance is running you can't start an emulator.

Running the IntelHAXM_6.1.1.dmg installer again (although I got the message it was already installed) solved the problem. 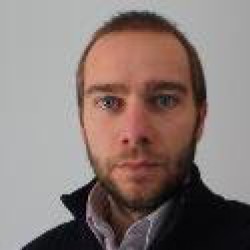 About Jan Tourlamain
Previous Post : Change the font type of a NavigationPage Title in Xamarin Forms   Next Post : Connect to your Android emulator running on mac from your windows VM